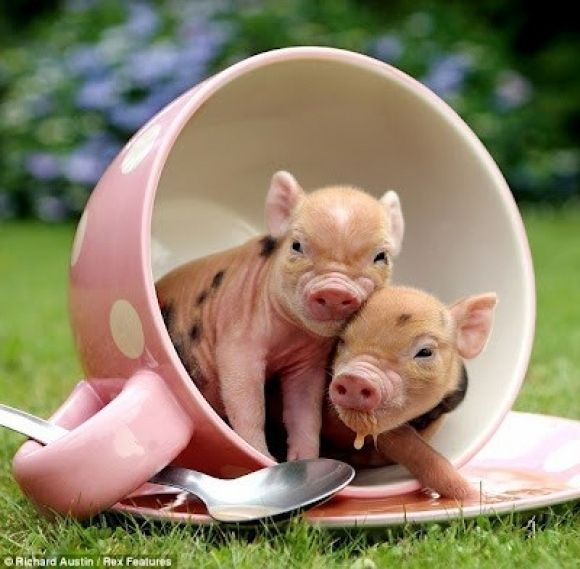 The Myth of the Mini Pig

The Myth of the Mini Pig And, they are. For now. And because, often, they are being starved of vital nutrients to temporarily stunt their growth they appear to be permanently small. Or, as is sometimes the case, you are simply being lied to by unethical breeders. You may be told that a pig is six months or a year old when, in fact, you are looking at a piglet that is only a few weeks old. And, sometimes the smaller stature is the result of inbreeding that brings along with it a host of health issues and a lifespan that has been reduced from 15-20 years, down to just five years. This “slight-of-snout” is easier to accomplish with pigs than you may think. 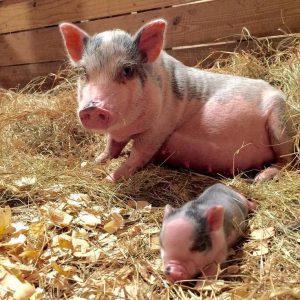 Did you know that it can take a full five years for a potbelly pig to become full grown? And, by “full grown” we mean an average of 70-150 lb. with some reaching 200 lb. or more. Their big growth spurt doesn’t usually happen until between 3-4 years old, but can happen as early as one year, which means that they resemble that fictitious “mini pig” for a while and then…SURPRISE!

One other way that potbelly pigs are represented as “mini pigs” is by showing a mother pig and her babies. “Look! The mother pig is so little!” What they won’t tell you is that pigs can breed as early as 4-6 months so mama pig might very well still look like a “mini pig” at that point. 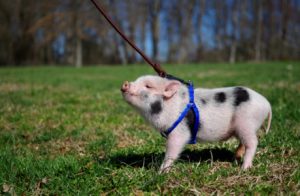 That’s not what I signed up for!

The sad reality of the “mini pig” business is that most of them end up being rehomed, placed in sanctuaries or…worse. Often…worse.

If you are thinking of adopting a pig, please do your homework on the breeds, their growth patterns, as well as the space and costs associated with pig parenting. Pigs are highly intelligent, require a lot of stimulation and supervision and it can feel like having a three year old toddler around for 15-20 years! Pigs are also affectionate, compassionate and wonderful companions in the right environment and with the right level of commitment and care.

Learn more about the reality of mini pigs